The Fitzgerald Glider Kits 300 at Bristol Motor Speedway was set to be a special weekend for BJ McLeod Motorsports. On April 14th, 2018, BJ would race in his 75th NASCAR XFINITY Series (NXS) Race. To commemorate this milestone, Shawn Magee, Owner of Shawn Magee Design (SMD), collaborated with the BJMM team to create a custom decal highlighting his success in the NASCAR Infinity Series.

The sponsors and team were over-joyed of this achievement of their owner/ driver as they unpacked the car from the team hauler in the infield of Bristol Motor Speedway. Things were going smoothly until a mechanical issue with the #78 sent BJ straight into the wall during practice. The throttle was stuck causing BJ to lose control and take a hard hit into the safer barrier. Fortunately, BJ was okay but the #78 was in bad shape.

After the BJMM team assessed the damage, they determined that the car was beyond repair for this race. As a small, underfunded team, BJMM did not bring a backup car. Fortunately they were only 3 hours from their home base in Mooresville, NC. BJ and the team left that afternoon and worked through the night at their shop in Mooresville to prepare a replacement car to enter into the Fitzgerald Gliders Kits 300 on Saturday. They arrived back at Bristol Motor Speedway in the early morning only hours before qualifying. The #78 was sent through NASCAR pre-race inspection and was back out on pit road for qualifying.

With little to no sleep and running an untested backup car that was only a few hours old, BJ ended up qualifying 26th out of 40 cars entered, missing the next stage cutoff by only one position. The team had pulled off an incredible feat that was fueled by sheer determination and a strong passion to succeed in a big money sport.

BJ had a solid day, avoiding a few crashes that ended the day for many competitors in the Xfinity series such as Christopher Bell, Kaz Grala and others. When the smoke cleared, BJ and the BJMM team had earned every bit of a top 20 finish. After a weekend of unplanned hurtles, the small team from Mooresville held their own and embodied the definition of a true dedicated race team. 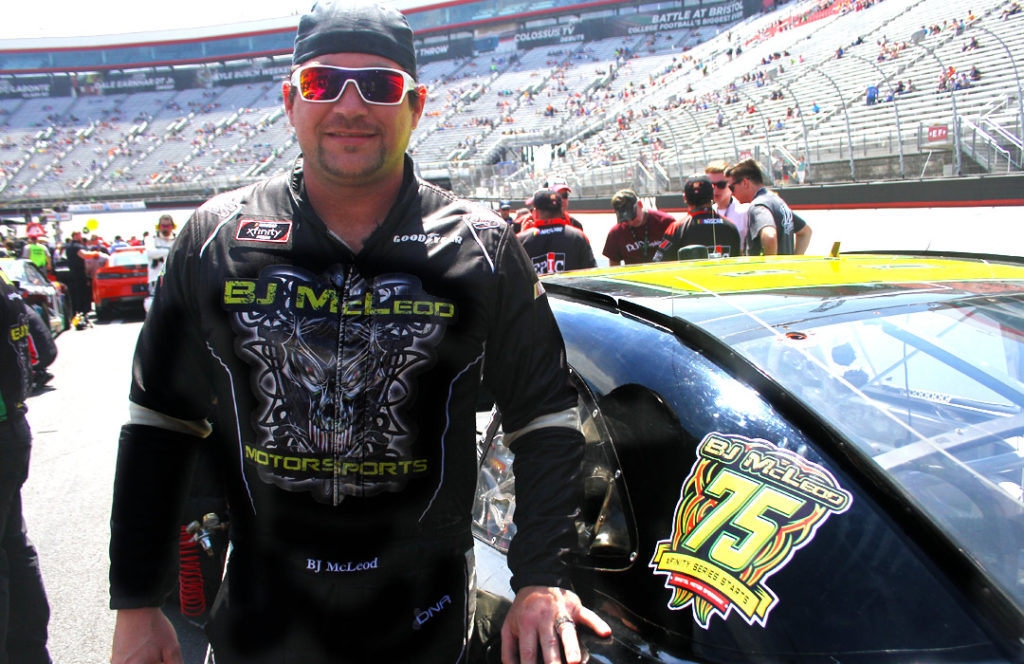 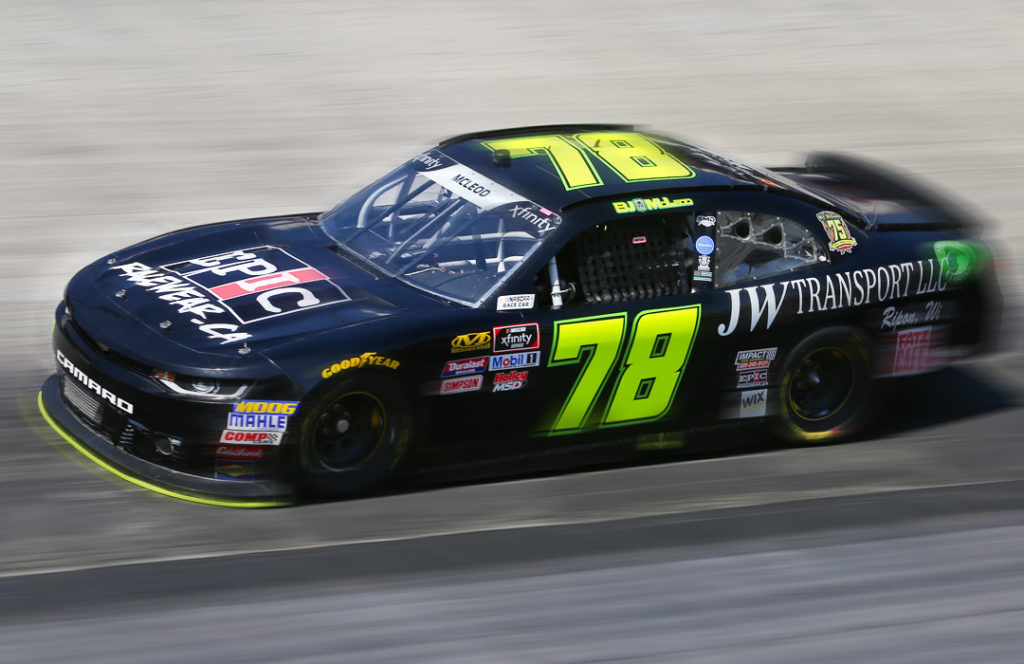 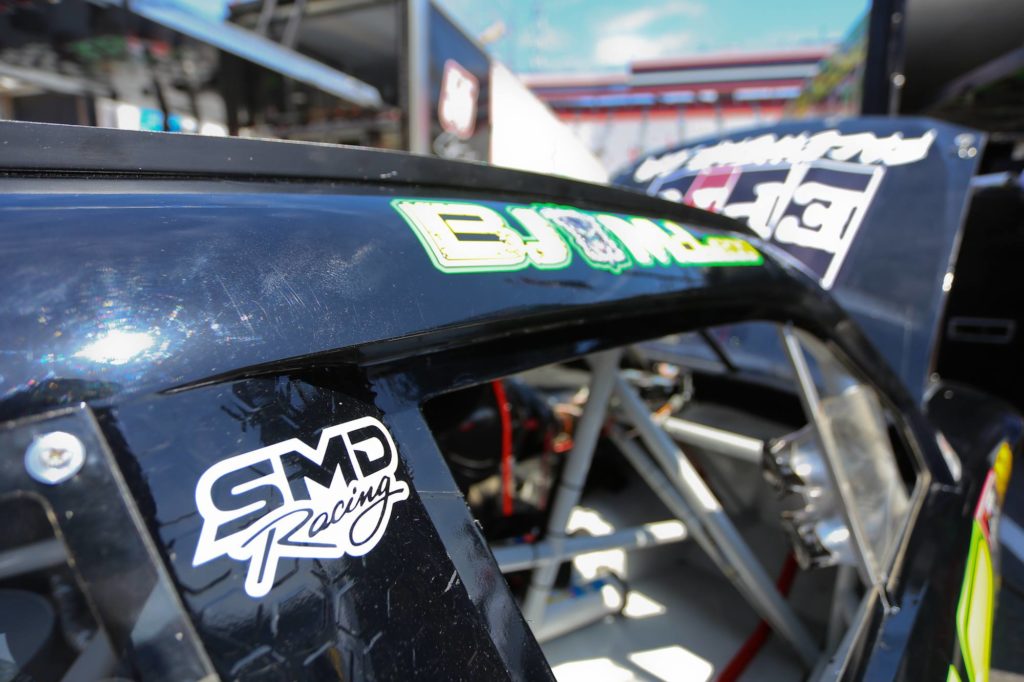 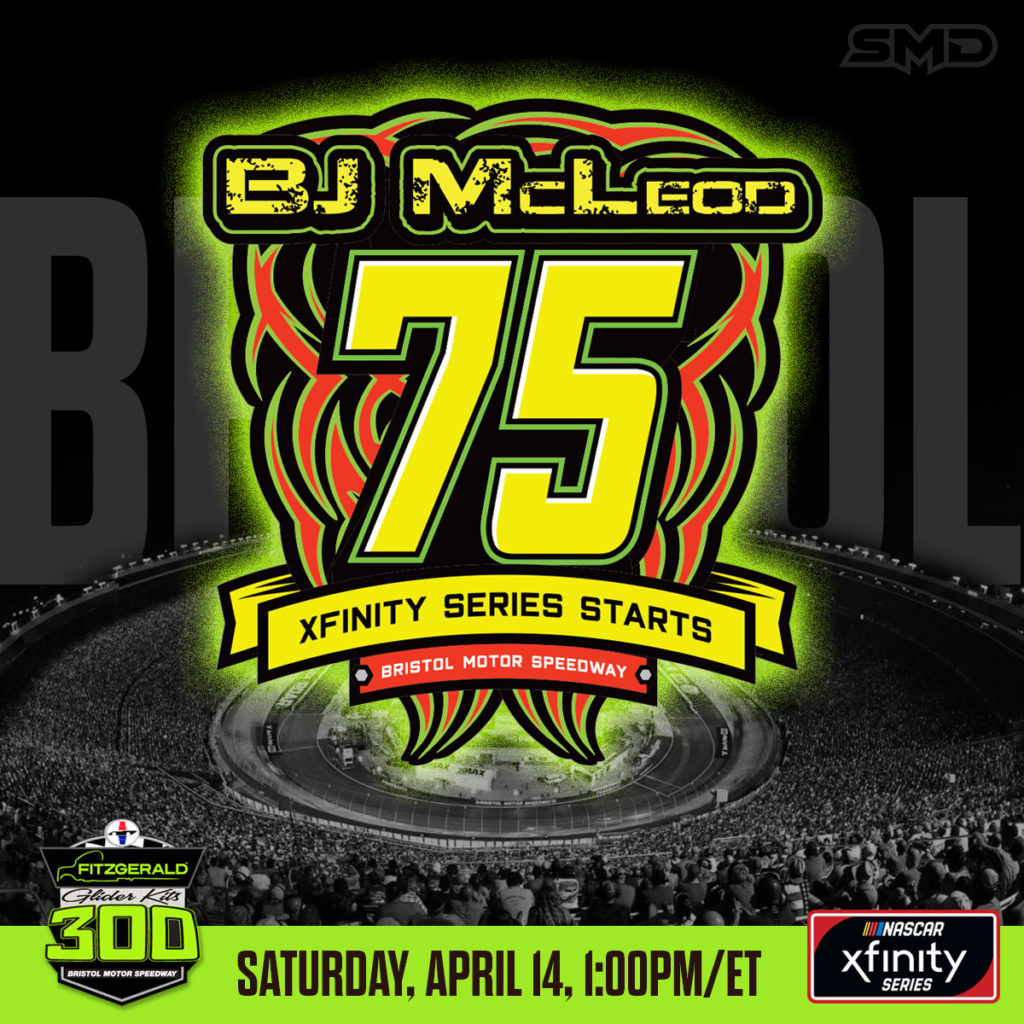 B.J.’s racing career started when he was 3 racing ATV’s. He transitioned in his racing career to Go-carts at 5 years old and dominated the track with over 300 wins and 18 championships at regional, state and national levels. The driver from Florida continued to let his passion for motorsports drive him. He started stock car racing at 13 years old. In 1997, McLeod added another impressive accomplishment to his record; he was the youngest driver to win his first Super Late Model race at Orlando Speed World. McLeod’s success in Super Late Models with over 100 wins continued to fuel his dream to race in NASCAR.

His dream became a reality in 2010, when B.J. started his first NASCAR Camping World Truck Series (NCWTS) race. In 2015, B.J debut in the NXS and Monster Energy NASCAR Cup Series (MENCS). In addition to making his debut in 2015, he also started B.J. McLeod Motorsports. He became one of the few successful driver/owners in the NASCAR Series. On top of fielding a car for himself, he also focuses on developing young talent by giving them an opportunity to race in one of the highest levels of motorsports.

“Much like BJMM, we are a hands on, dedicated group and have worked together closely since the start of our partnership back in 2015. We fully understand that narrow windows and tight timelines are routine in the racing world and are proud to provide whatever the teams need.” said EPIC Racewear Co-Founder Bob Bailey. “Along with being an associate partner with the team for the 2018 season, we are over the moon excited and proud to be the Co-Primary partner for the Fitzgerald Glider Kits 300 on April 14th at Bristol Motor Speedway.”

To celebrate B.J.’s accomplishments Shawn Magee Design (SMD) partner with BJMM to develop a logo that will be on the car this weekend to recognize his accomplishment. 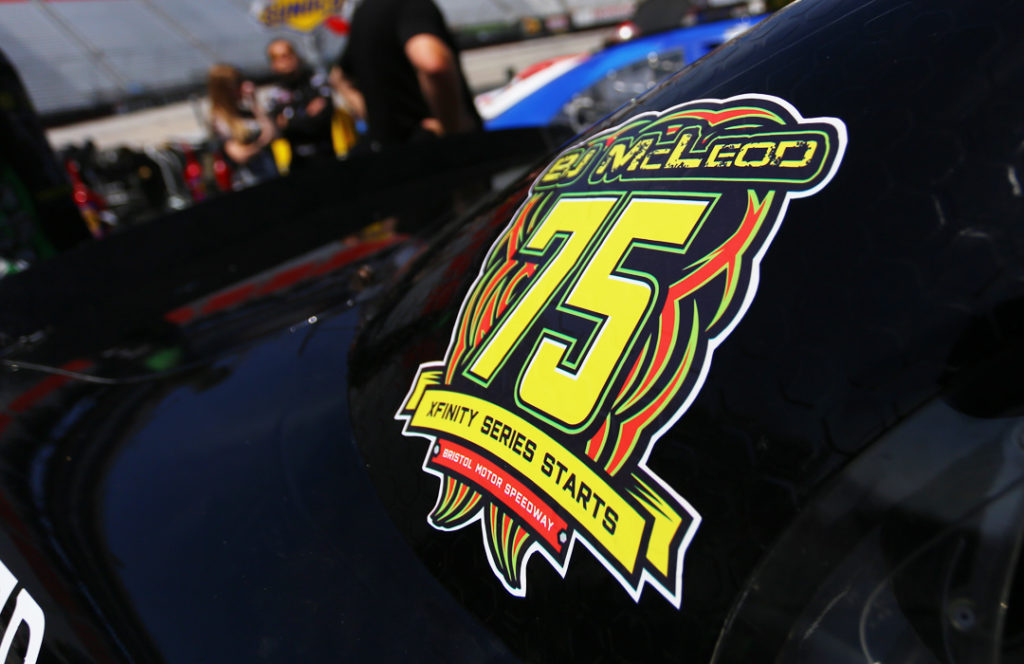