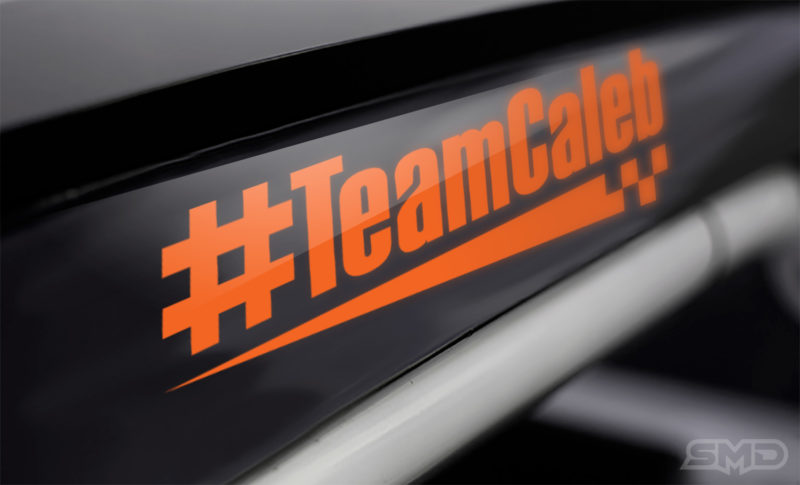 CANTON, OH – An 11 year old boy from Iowa receives more than just race stickers for his casket, he’ll have the opportunity to see his name on several NASCAR race cars at Indy.

Caleb Hammond was diagnosed with B-cell acute lymphoblastic leukemia at age 9, according to the Des Moines Register. Now 11, Hammond and his family recently decided to stop treatment at Blank Children’s Hospital in Des Moines, Iowa, because it was no longer helping. He’s since returned home to Oskaloosa, Iowa. As an avid motorsport fan and amateur racer, Caleb asked for people to send racing stickers to cover his casket if he is unable to overcome his illness, drawing the compassion of race fans nationwide.

The idea to support Cale by designing, producing and coordinating placement with NASCAR teams came about after Shawn Magee, owner of SMD, and fellow NASCAR Team Social Coordinator, Shane Smith had a conversation about Caleb’s story requesting racing decals for his casket.

“As a father of 4 young kids, Caleb’s story breaks my heart,” Magee said. “Shane and I agreed that we had to do something for Caleb and the family had already expressed that they had more than enough decals shipped to them already.”  “Shawn and I developed the idea and used our connections within NASCAR to get placement for the #TeamCaleb decal,” Smith said.

One conversation lead to another and the social campaign to get the #TeamCaleb decal on as many NASCAR race cars was born. The support from NASCAR team and drivers started to pour in.

“We’ve had tremendous support from NASCAR teams, coordinators and drivers” Magee said. “It’s really cool to see our NASCAR family rally behind Caleb and help put a smile on his face when he counts all of the race cars at Indy that include a decal with his name on it.”

Teams that have committed to run the #TeamCaleb decal include:

“I really want to thank the teams that agreed to help with the #TeamCaleb decals” Magee said. “If we put a smile on Caleb’s face during this tough time, it’s all worth it.” 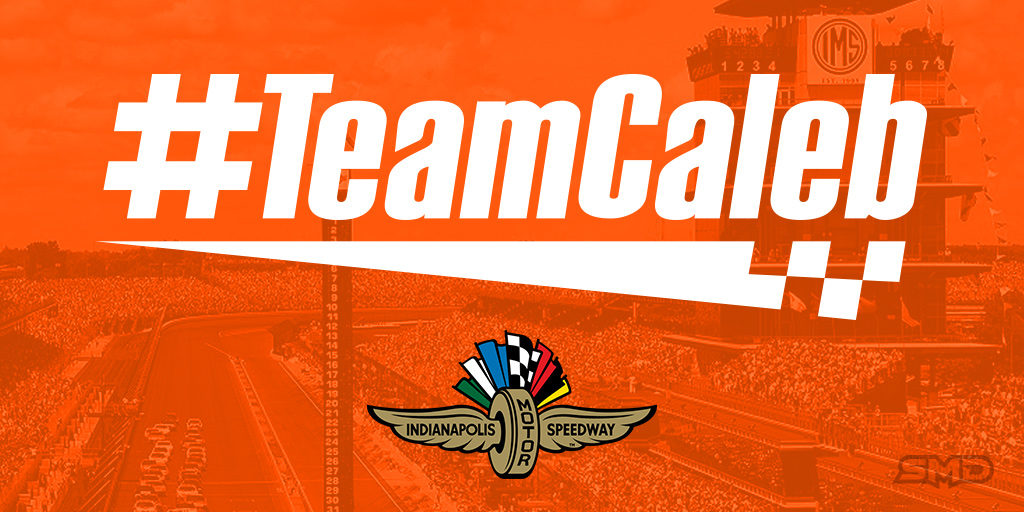 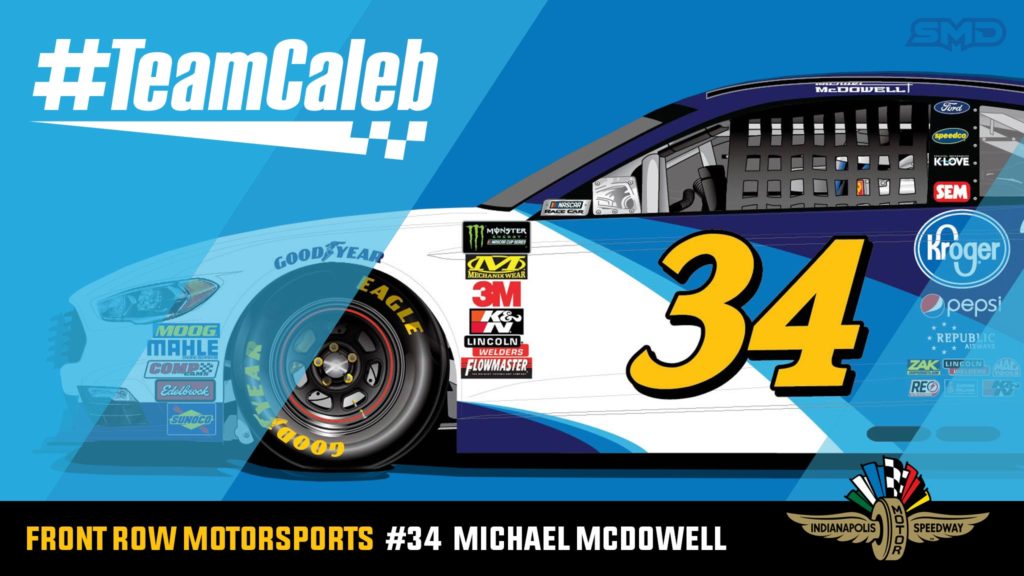 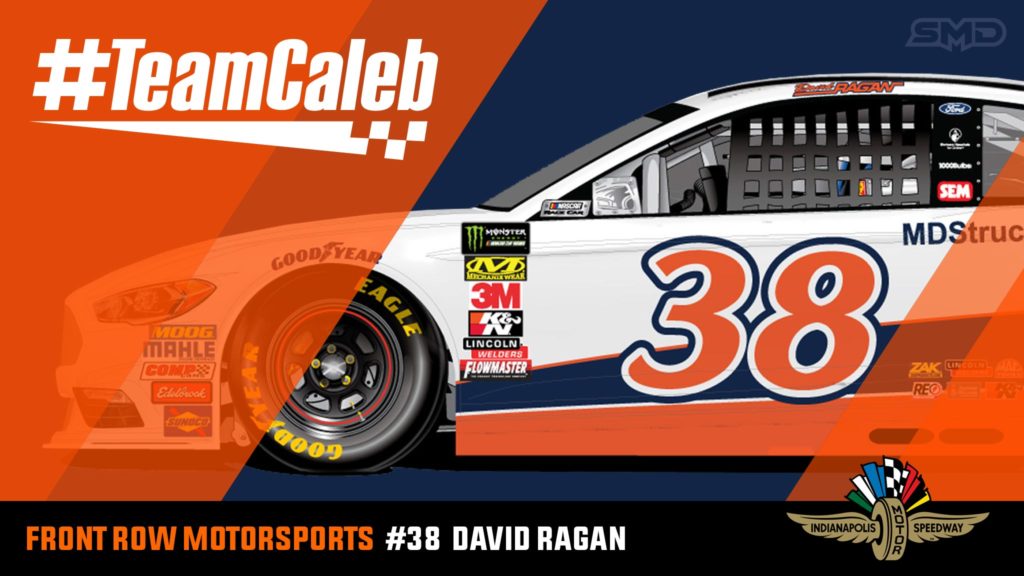 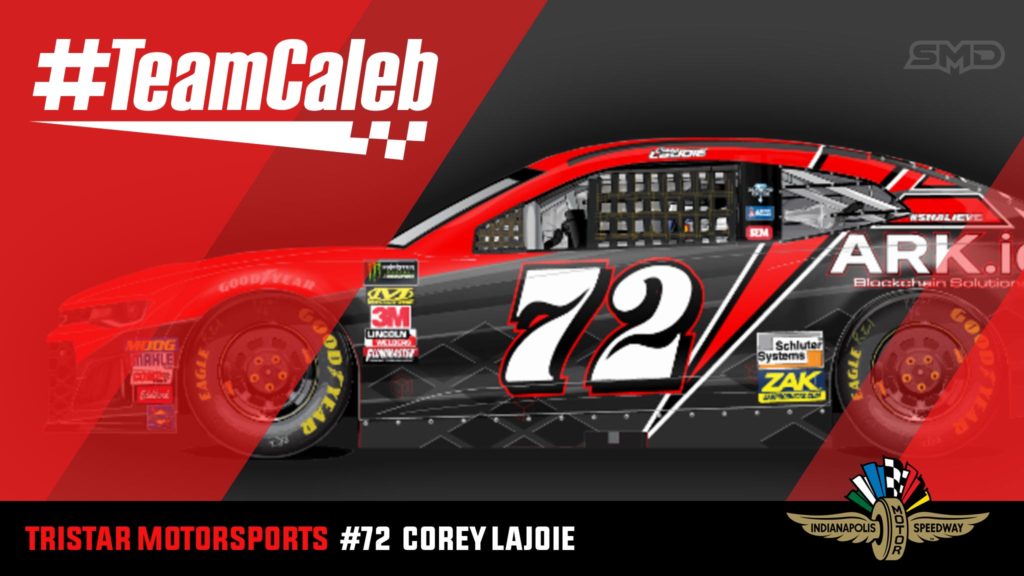 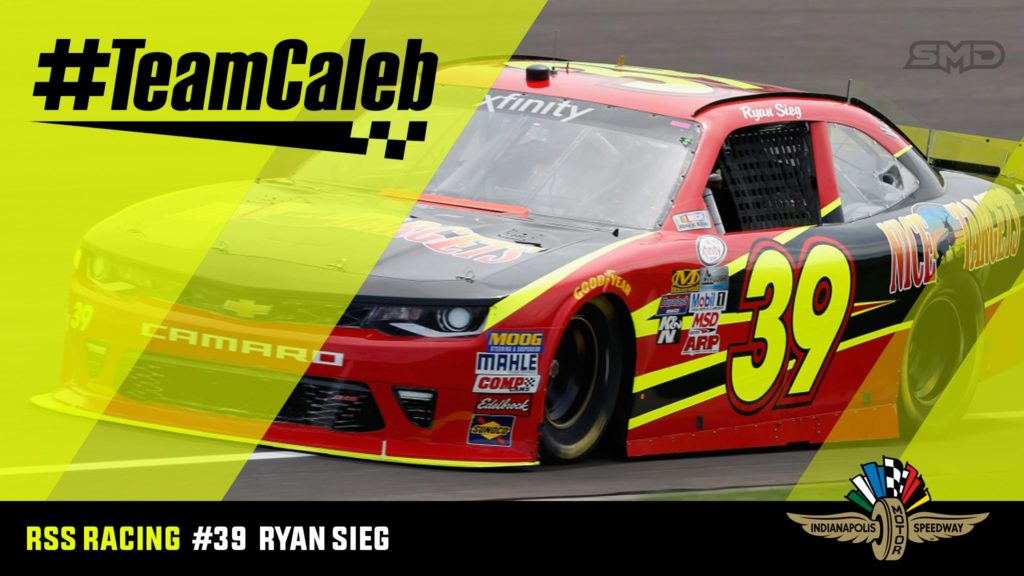 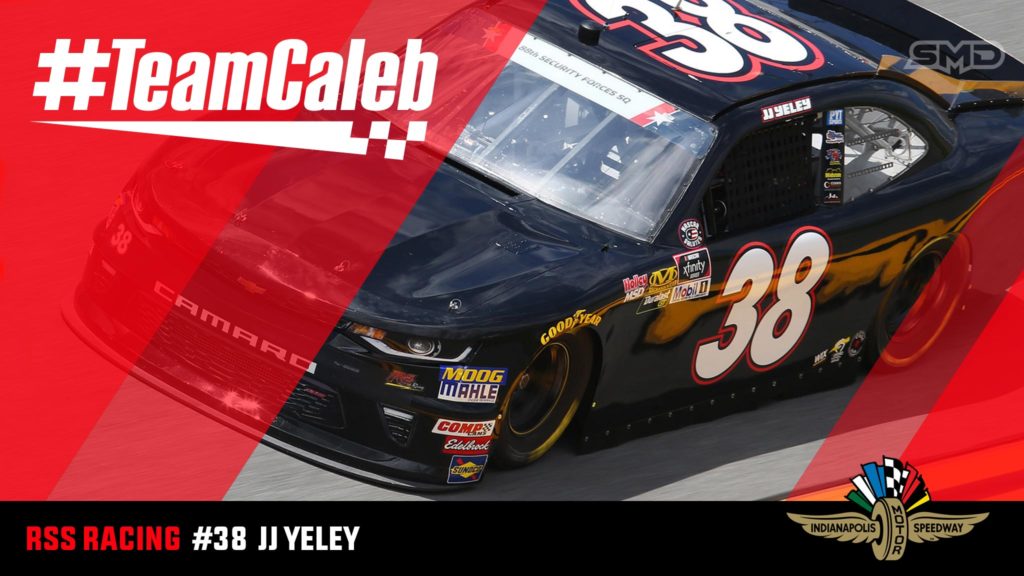 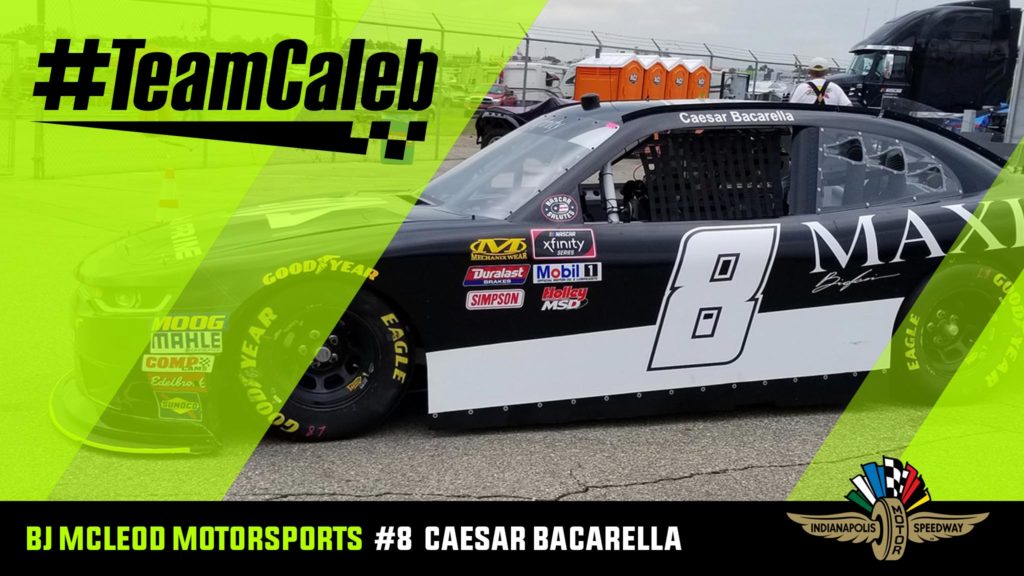 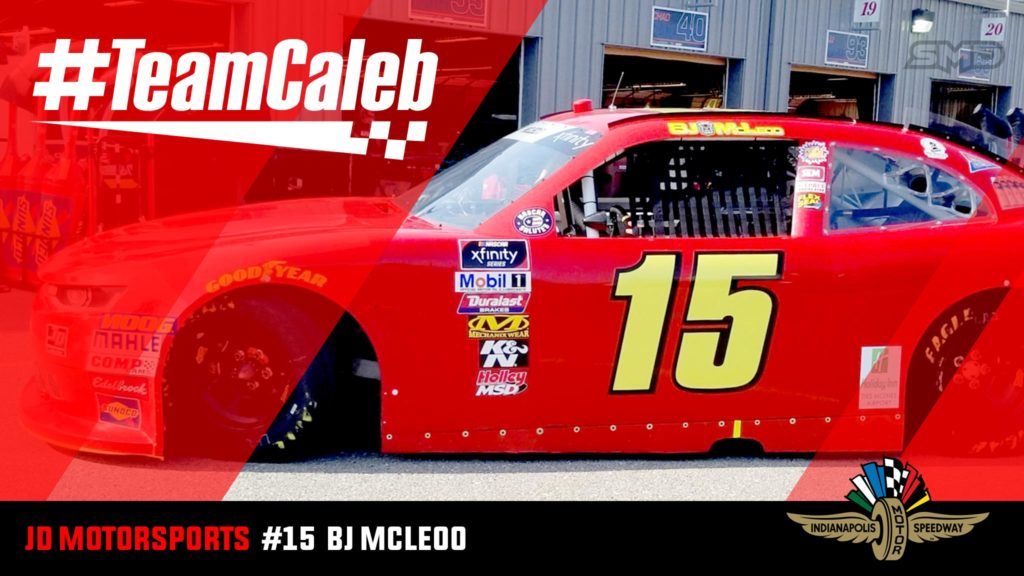 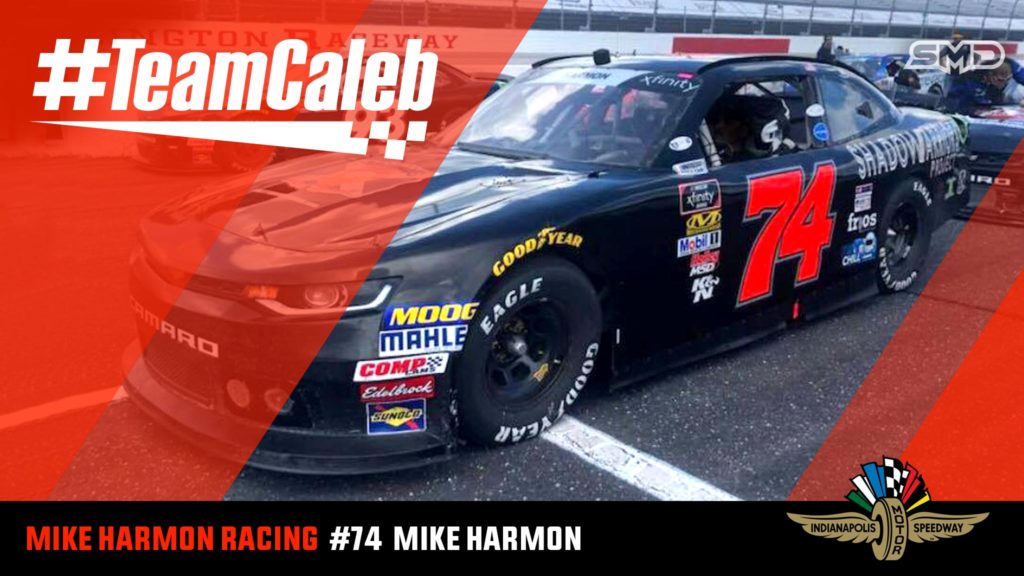 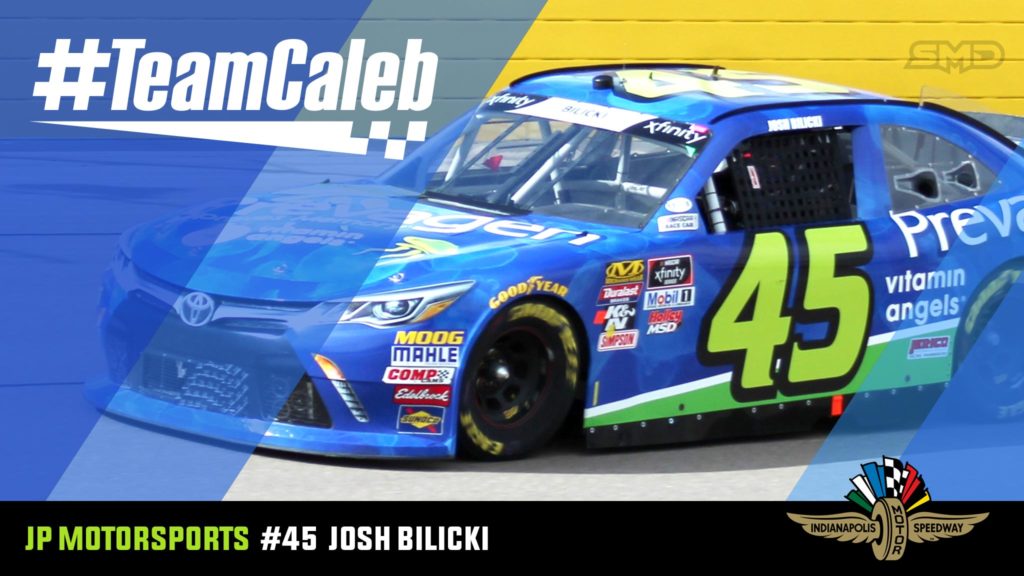 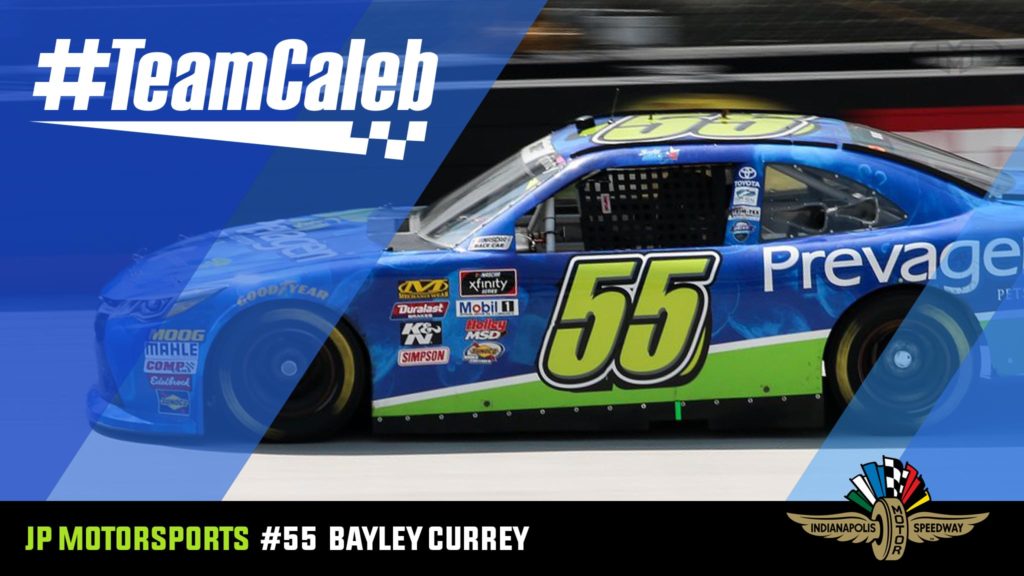