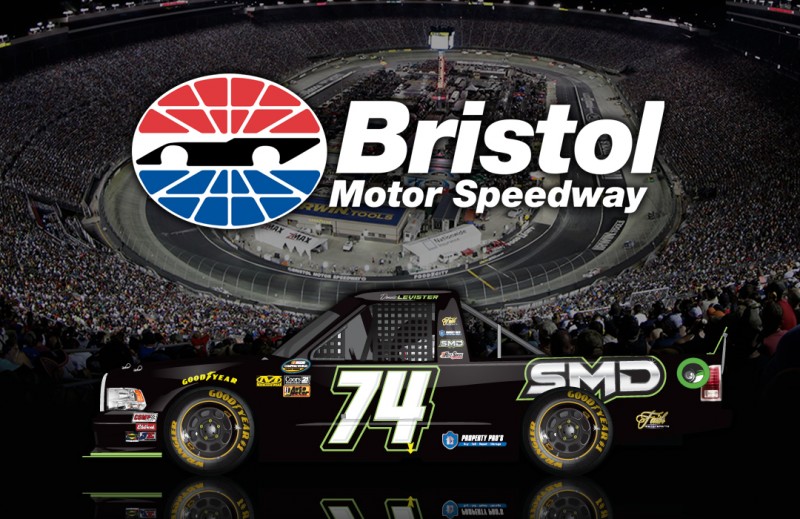 NORTH CANTON, Ohio. – August 13, 2016 – Donnie Levister will pilot the No. 74 SMD/Property Pro’s Dodge Ram in the Camping World Truck Series race at Bristol Motor Speedway on Wednesday night. Levister is attempting to make his Camping World Truck Series debut at one of NASCAR’s most famous short tracks. The Faith Motorsports team is looking to conduct solid practice sessions and qualify for the UNOH 200 at Bristol on Wednesday night after a manufacturer change from Toyota to Dodge earlier this month. 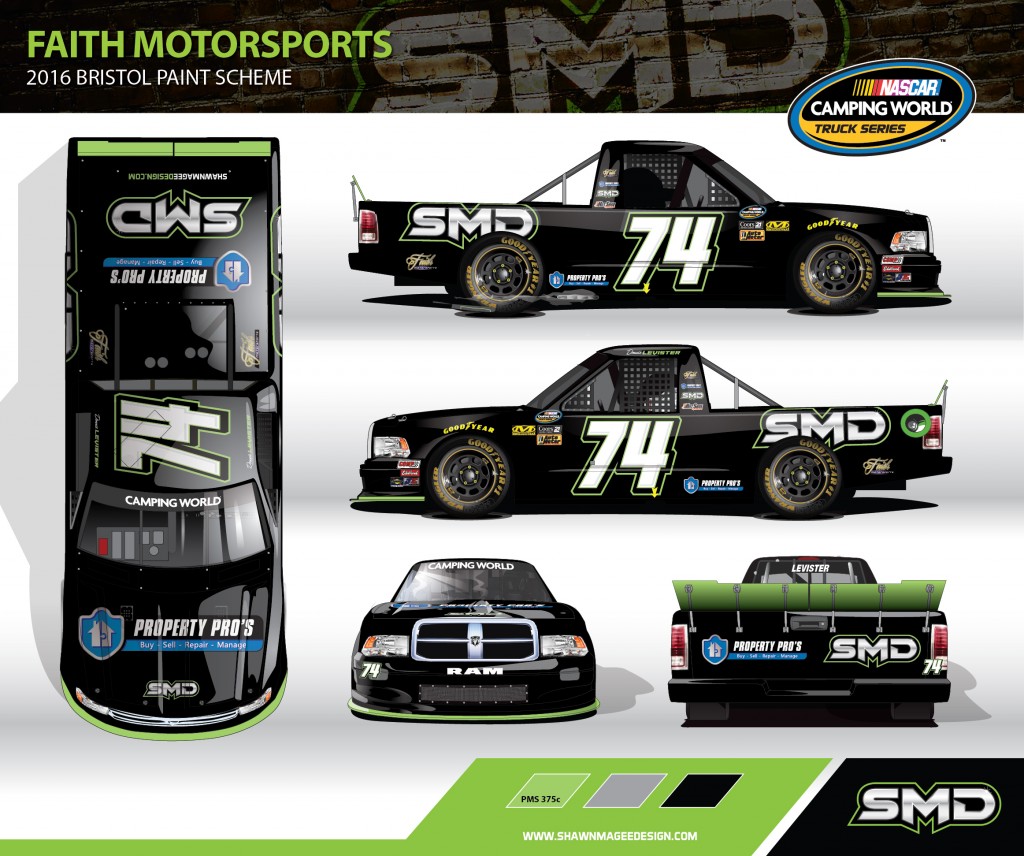 The SMD/Property Pro’s Dodge marks the third time that a design by Shawn Magee Design (SMD), whose work debuted at Kentucky Speedway with the No. 74 SMD Chevy Silverado, makes an appearance in a NASCAR sanctioned race event. The #62 Property Pro’s Tundra attempted to qualify for the dirt track race at Eldora last month but was forced to miss the race due to an accident during practice.  SMD continues to serve as the official graphics partner of Faith Motorsports and will continue to sponsor the #62 & #74 teams for the remaining 2016 season.

The Bristol Motor Speedway, formerly known as Bristol International Raceway and Bristol Raceway, is a NASCAR short track venue located in Bristol, Tennessee. Constructed in 1960, it held its first NASCAR race on July 30, 1961. Despite its short length, Bristol is among the most popular tracks on the NASCAR schedule because of its distinct features, which include extraordinarily steep banking, an all concrete surface, two pit roads, and stadium-like seating. It has also been named one of the loudest NASCAR tracks.