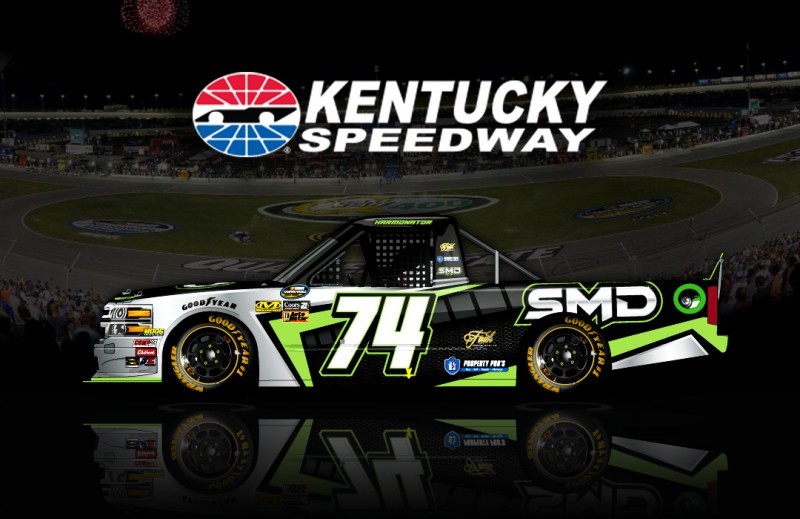 NASCAR veteran Mike Harmon will drive the No. 74 SMD Chevy at Kentucky Speedway

NORTH CANTON, Ohio. – July, 2016 – NASCAR veteran Mike Harmon will pilot the No. 74 Shawn Magee Design (SMD) Chevy in the Camping World Truck Series race at Kentucky Speedway on Thursday night. Harmon has experience racing at Kentucky and should be able to secure a qualifying position among drivers such as Matt Crafton, Kyle Busch, William Bryon, John Hunter Nemechek and others.

The SMD was set to make their debut last month at Iowa Speedway but unfortunately failed to qualify for the race after solid practice runs. The #74 team was faster than other race teams, but didn’t have enough owner points to break into the top 32 positions for the race on Saturday. 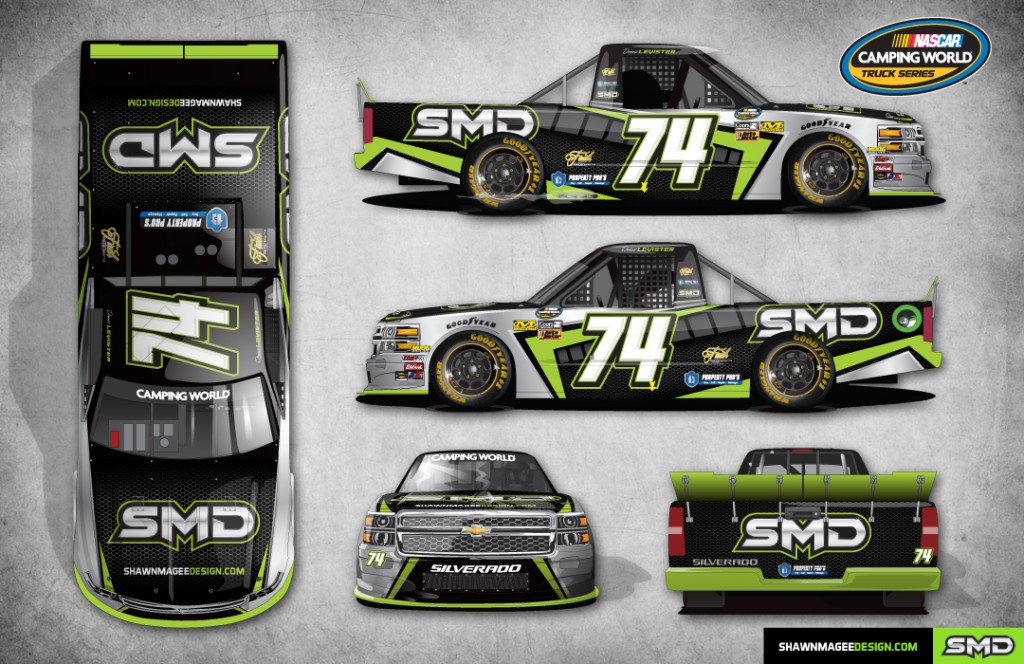 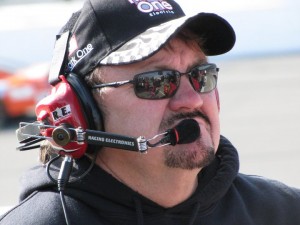 For the last several years, Harmon has primarily competed in NASCAR driving his self owned 74 car in the Xfinity Series, as well as part-time in the 74 truck for his own team, with additional drivers filling out the schedule. Harmon is one of only two teams that still fields a Dodge Challenger in NASCAR and one of the few remaining owner/drivers. Harmon’s team usually relies on week to week sponsorships to help keep his team open. The team currently fields cars for Harmon in the Xfinity and Truck Series, with the Truck ride being filled primarily by Jordan Anderson and one race deals with Paige Decker and Timothy Veins. Anderson left the team after the 2015 season.

To experience the partnership in action, tune to: