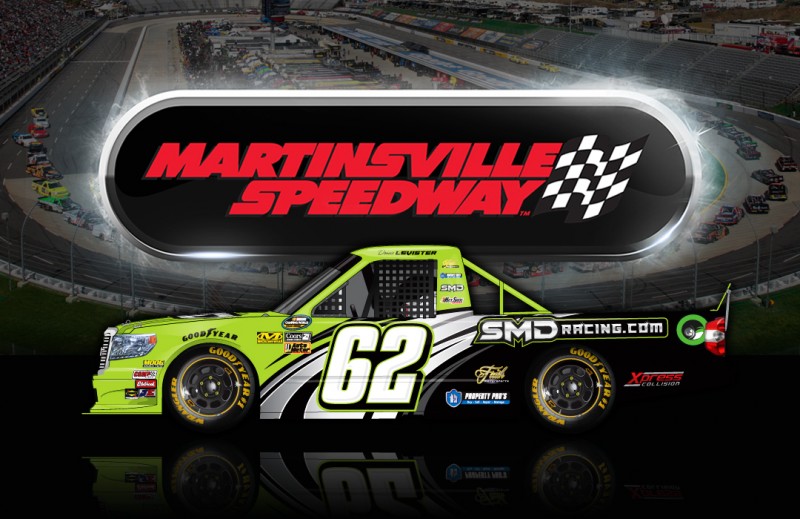 NORTH CANTON, OH: In late October, Faith Motorsports (FMS) traveled back to Martinsville Speedway in Southern VA for the second time this year. FMS attempted to qualify for their very first NASCAR Camping World Truck Series race back in April. The results were not as they expected but the struggles endured proved to be very valuable in the learning process. The FMS failed to pass pre-race inspections back in April and were forced to pack up and try it again at Iowa Speedway later that June.

This time around, driver Donnie Levister and this team were prepared to submit their truck to NASCAR to be thoroughly inspected. The team only had a few items to adjust and were able to overcome the obstacle that held them back earlier this year . NASCAR cleared the #62 SMD Toyota to be eligible to complete practice laps. The FMS team worked into the night to make adjustments to the truck in preparation for the opening minutes of the first practice the next morning. Donnie completed over 30 laps and learned a lot about the track during the hour long first practice. After additional adjustments, the #62 SMD Toyota was back out on the track and completed another set of practice laps.

The SMD Toyota was well received by NASCAR fans and was even mentioned by the FS1 commentators covering the practice sessions.

(Video credited to NASCAR Off Track)

At the end of the qualifying session, the SMD Toyota just didn’t hit the time that the FMS team had hoped they would hit and did not qualify for the Texas Roadhouse 200 later that afternoon. The FMS team members were disappointed about not qualifying for the race but remained optimistic about the knowledge they gained this time around at Martinsville.

“SMD is proud of the team at Faith Motorsports. Their drive, dedication and integrity are all qualities that sponsors want to see in a partnership.”, said Shawn Magee, Owner of Shawn Magee Design. “SMD will continue to stand behind FMS through seasons to come.”

SMD will continue to be the official graphics partner of FMS and will be featured on the truck as a primary & contingency sponsor through the 2017 season.

Donnie Levister and the entire FMS team plan on focusing their efforts on getting the truck ready for the first short track race of the 2017 season at Martinsville Speedway. 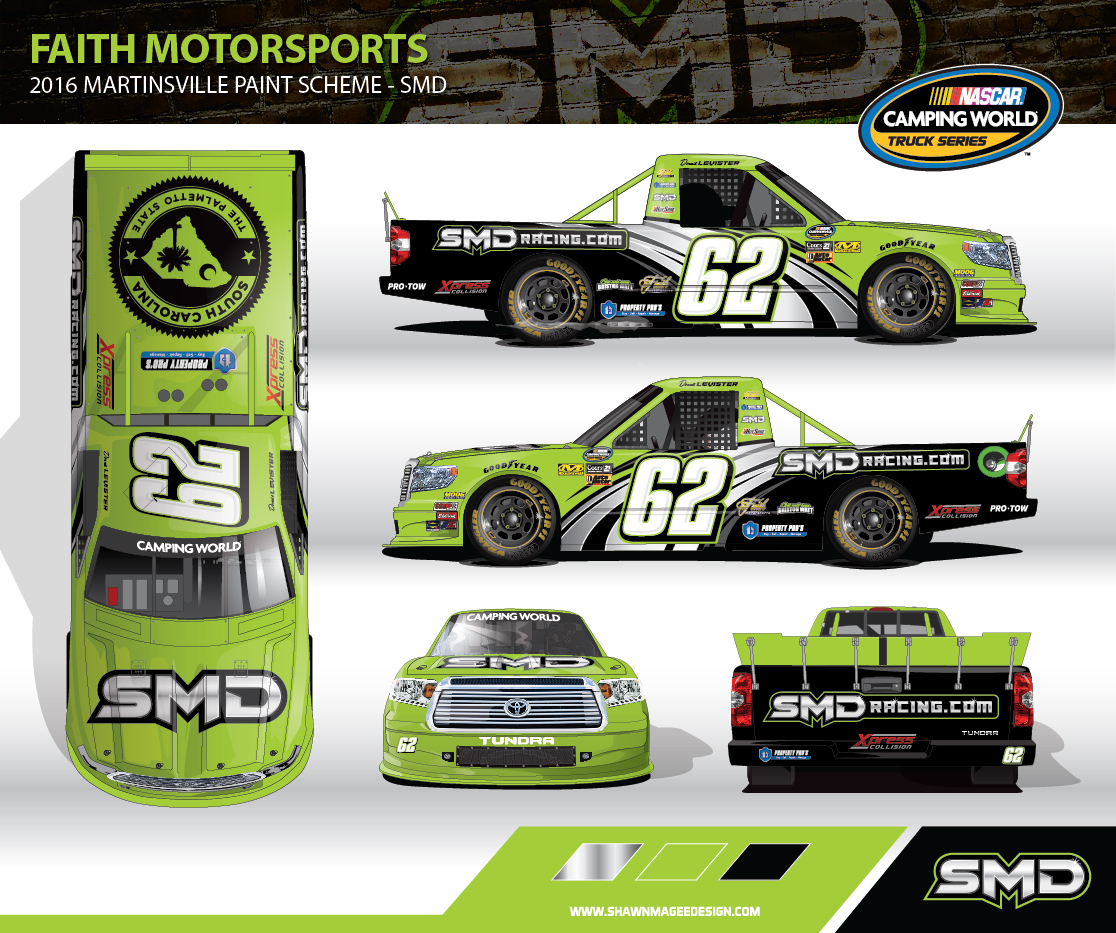 Below are photos of the FMS team taken by  Jonathan McCoy with Rubbingsracing.com. 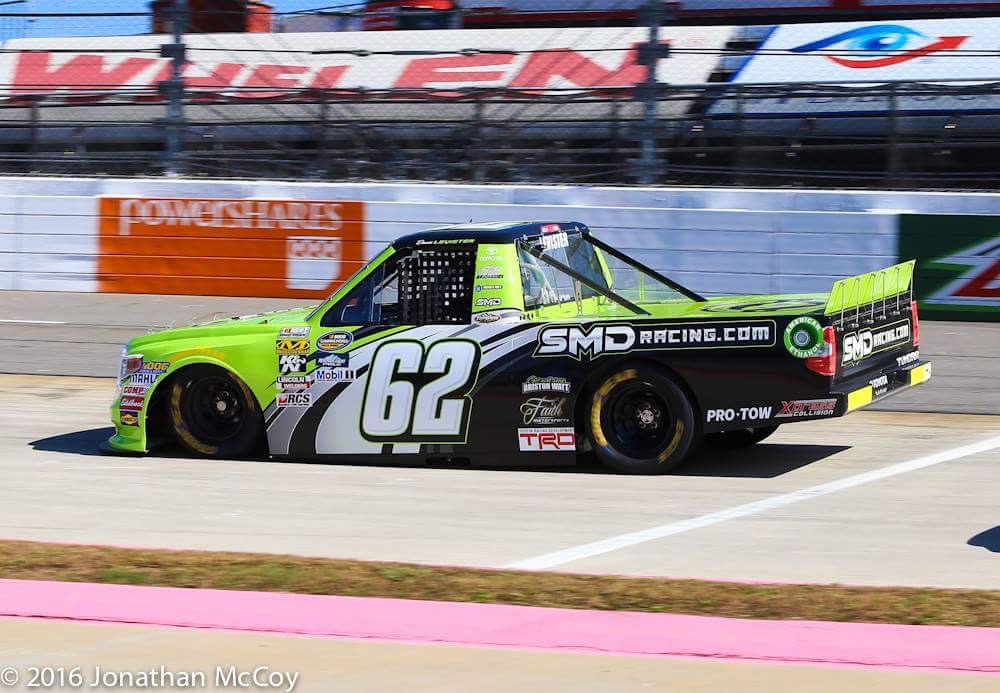 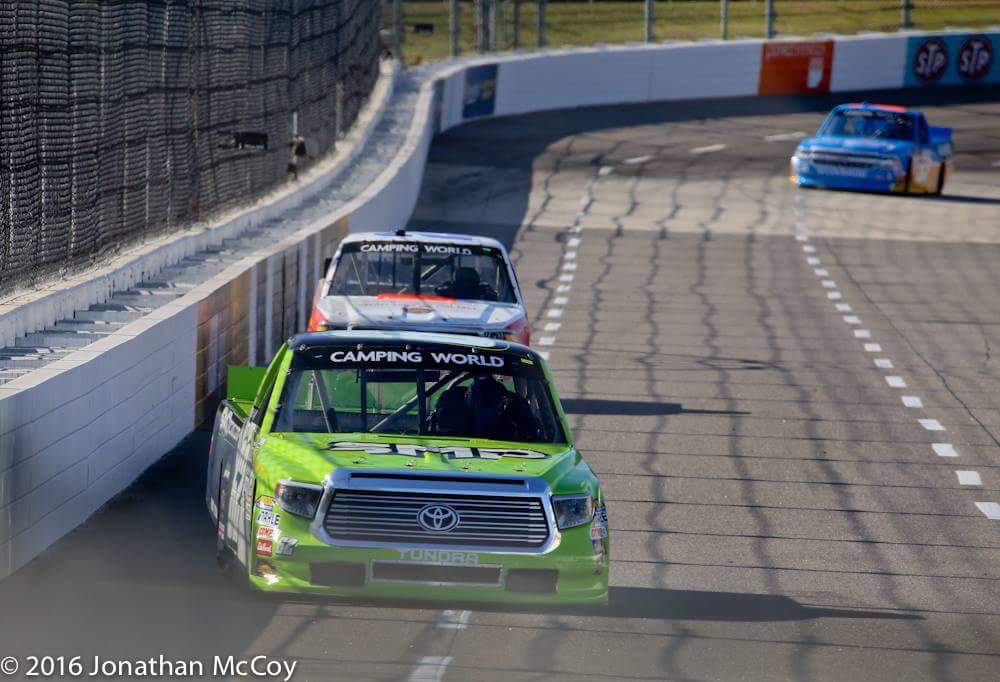 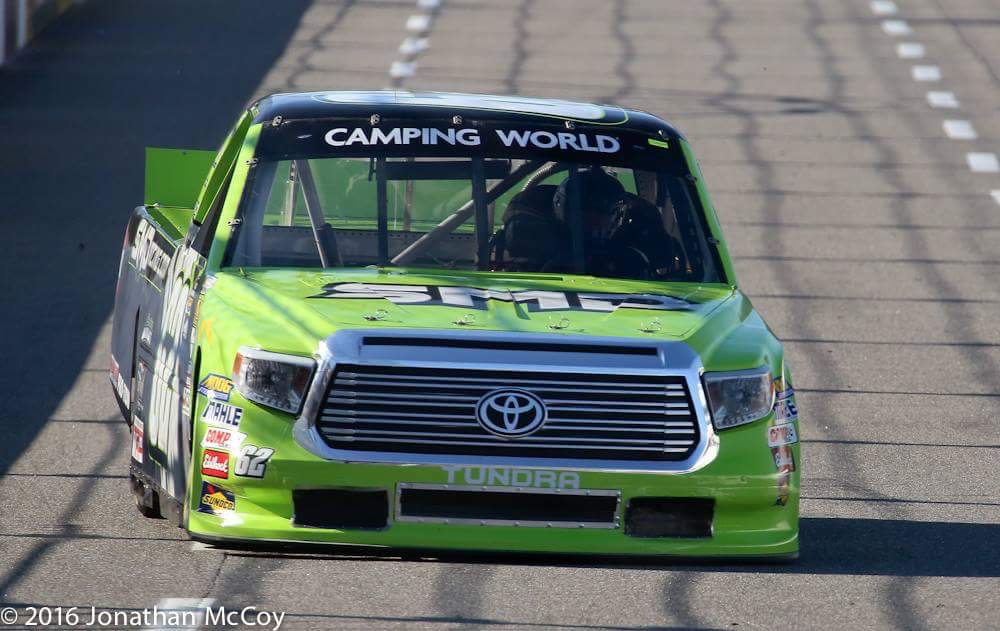 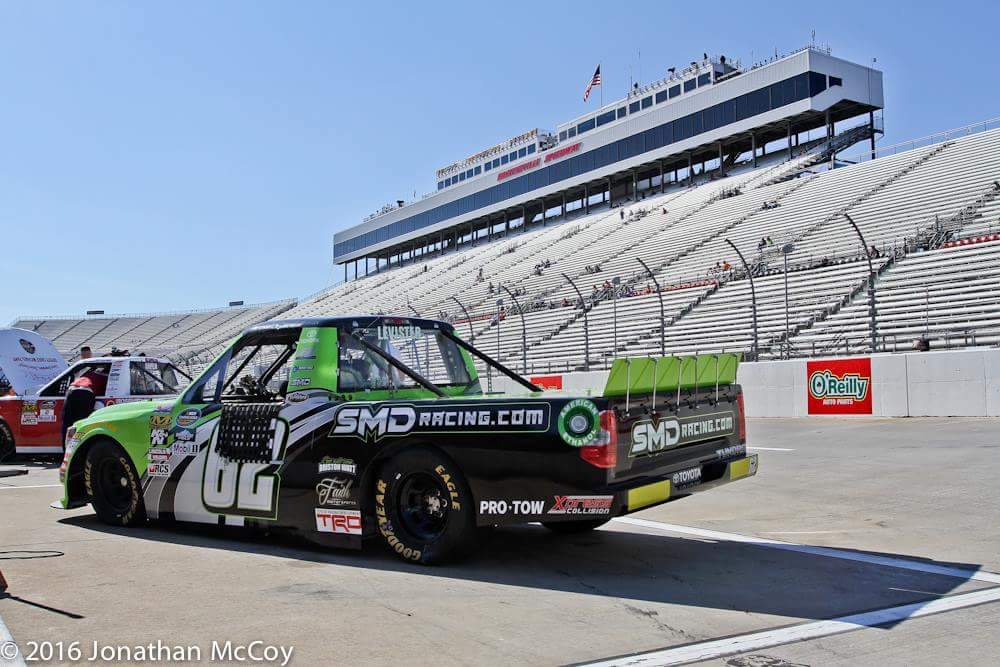