SMD teams up with David Ragan and Front Row Motorsports to design a logo to commemorate Ragan’s 400th start in the Monster Energy NASCAR Cup Series. The Unadilla, Ga., native will celebrate the career milestone on Feb. 25 at his home track of Atlanta Motor Speedway.

Some special friends are joining in the celebration, including the Georgia General Assembly. Ragan and track president Ed Clark will attend a ceremony on Thursday morning at the Capitol in Atlanta where the legislature will issue a proclamation honoring Ragan’s achievement.

“Atlanta Motor Speedway is special to me because I grew up at that track,” Ragan said. “I raced my Legends car there as a kid in the 90s and early 2000s. My dad still works there and has an office there. It’s just always has been a second home to me.”

“I’m excited and honored to have the opportunity to create this logo marking David’s impressive milestone in his racing career, ”  said Shawn Magee, owner of SMD. “I look forward to making the trip to Atlanta Motor Speedway to witness David’s milestone achievement. Viewing my design work nationally televised at one of NASCAR’s premier tracks is pretty cool, too.” 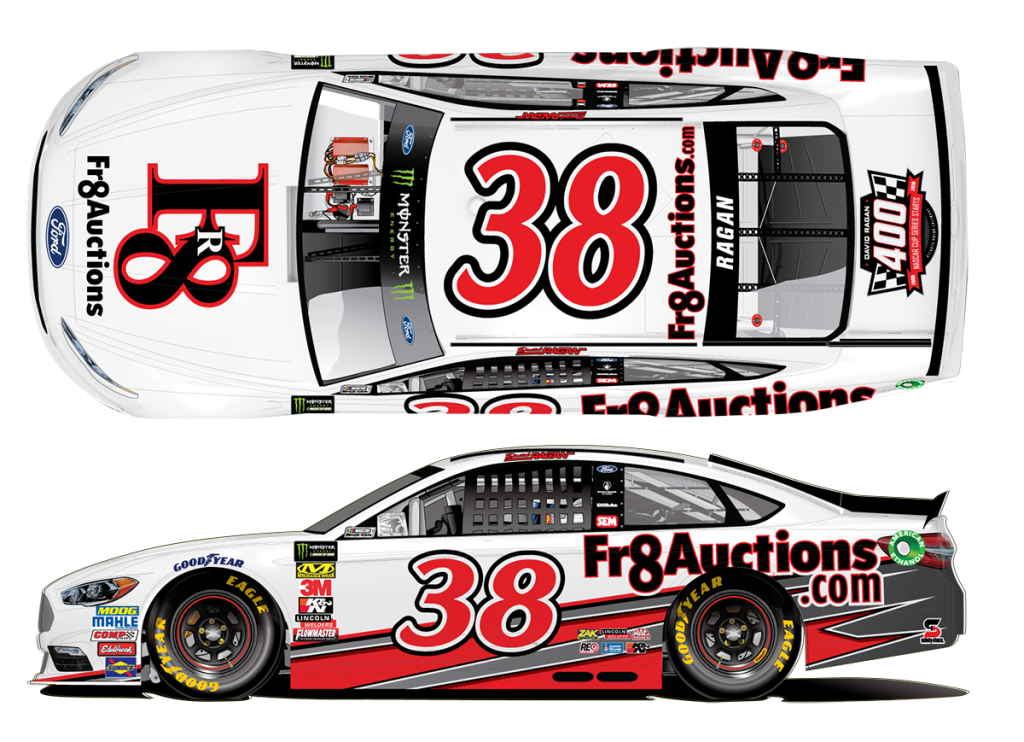 Local partner Fr8Auctions will also get into the celebration, proclaiming Ragan’s success with a commemorative logo on the decklid of the No. 38 Ford. The Atlanta-based auction house that sells excess freight inventory is partnering with Front Row Motorsports for a fourth straight year. 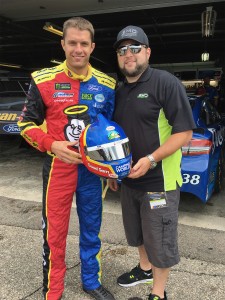 This marks the second time that Shawn Magee Design (SMD) has had the opportunity to work with David Ragan in the Monster Energy NASCAR Cup Series. Last year SMD designed the Camping World/Good Sam helmet that David wore in over 15 races during the 2017 racing season.