It was announced at a press conference at the NASCAR Hall of Fame today that Corey LaJoie, son of former 2x Busch Series Champion Randy LaJoie, will be the new driver of the No. 32 GoFas Racing Ford Mustang. Long time GoFas Racing sponsor Keen Parts also had some big news to share as they released a preview of one of their new paint scheme designs that will run in the Monster Energy NASCAR Cup Series in 2019. The new paint scheme design was created by Shawn Magee, owner of  Shawn Magee Design (SMD).

“I’m honored to have opportunity to design this paint scheme for Keen Parts,” Magee said in a release. “I look forward to seeing this design on track in 2019.”

This marks the first NASCAR Cup paint scheme for Magee after being involved in other projects within the Cup series with Fr8Auctions during the 2018 season. Magee designed the Fr8Auctions Qualifying trophy for the Cup series at Talladega Super Speedway won by Kevin Harvick, a special commemorative logo for David Ragan marking his 400th NASCAR Cup Series start that ran on his #38 Ford Fusion at Atlanta Motor Speedway and the entitlement race sponsorship logo for the Fr8Auctions 250 in the NASCAR Camping World Truck Series.

Corey LaJoie is a third generation racer and a very well-known name in the racing world. His father, Randy LaJoie, brought home XFINITY Series Championships in 1996 and 1997.

LaJoie’s career-best 11th finish was at Daytona in the 2017 Coke Zero 400 while driving for BK Racing. 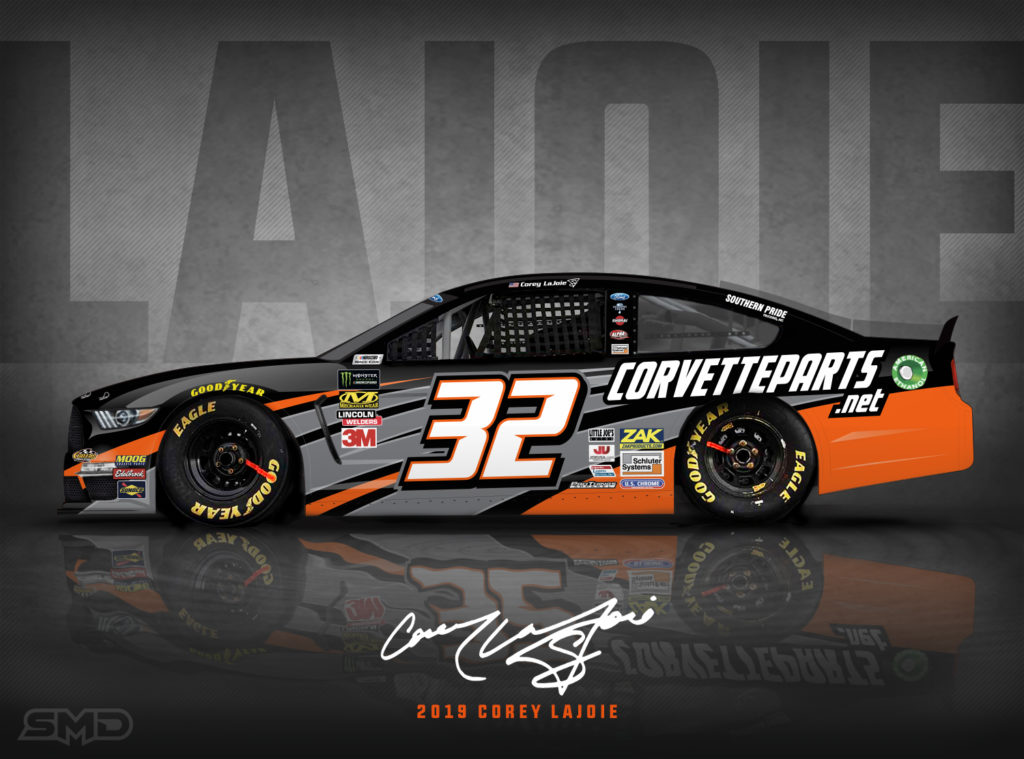 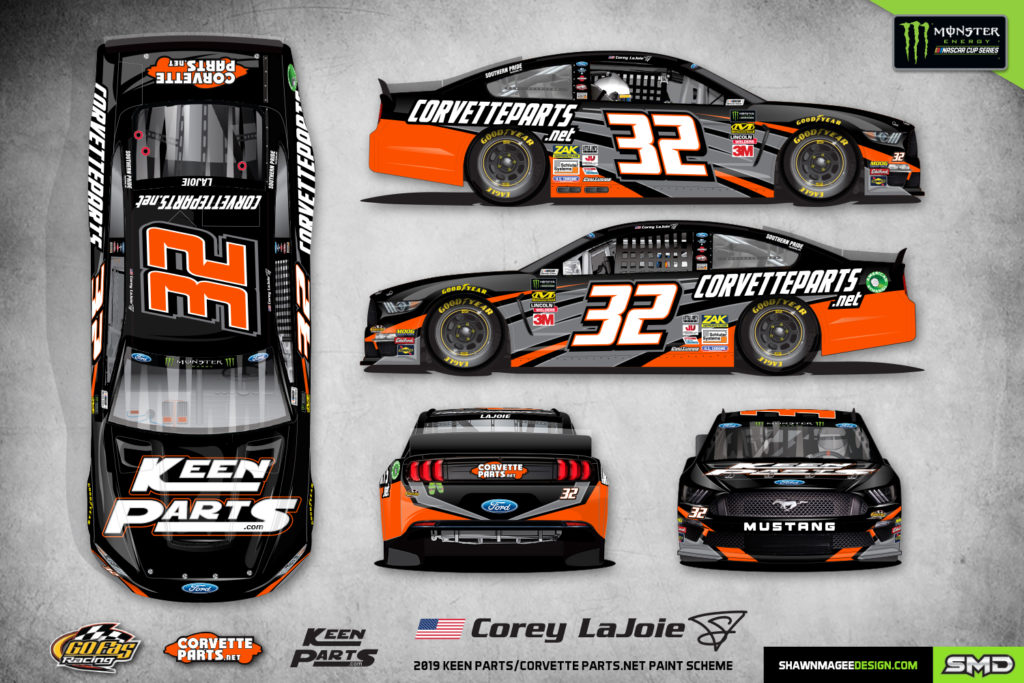 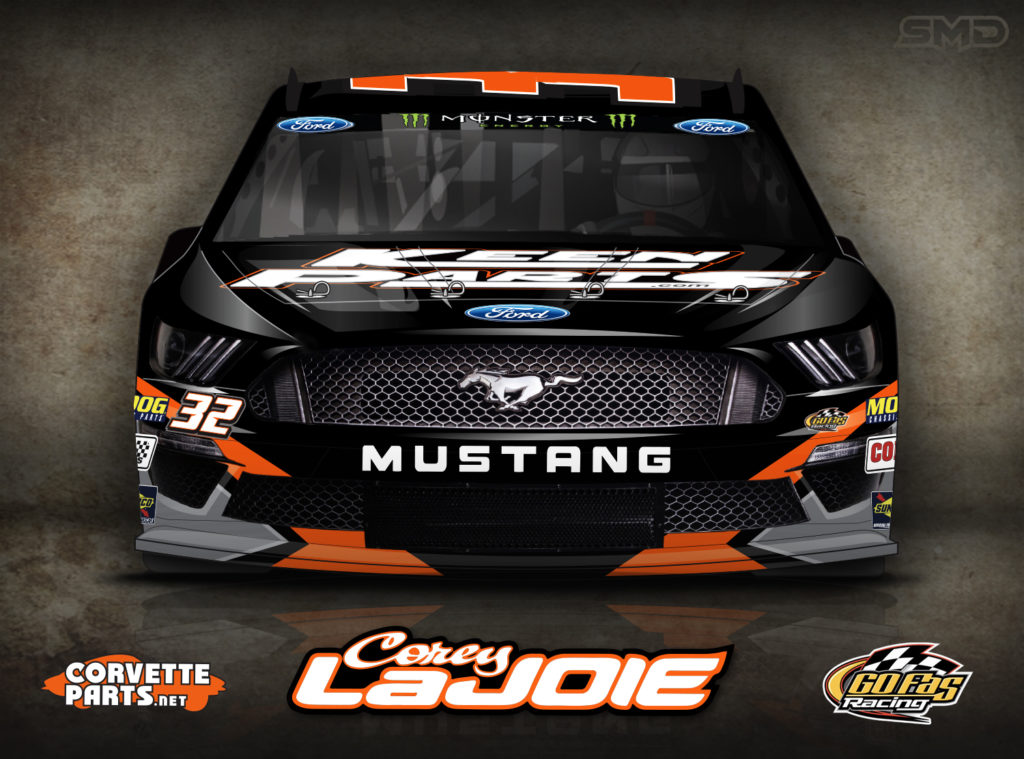 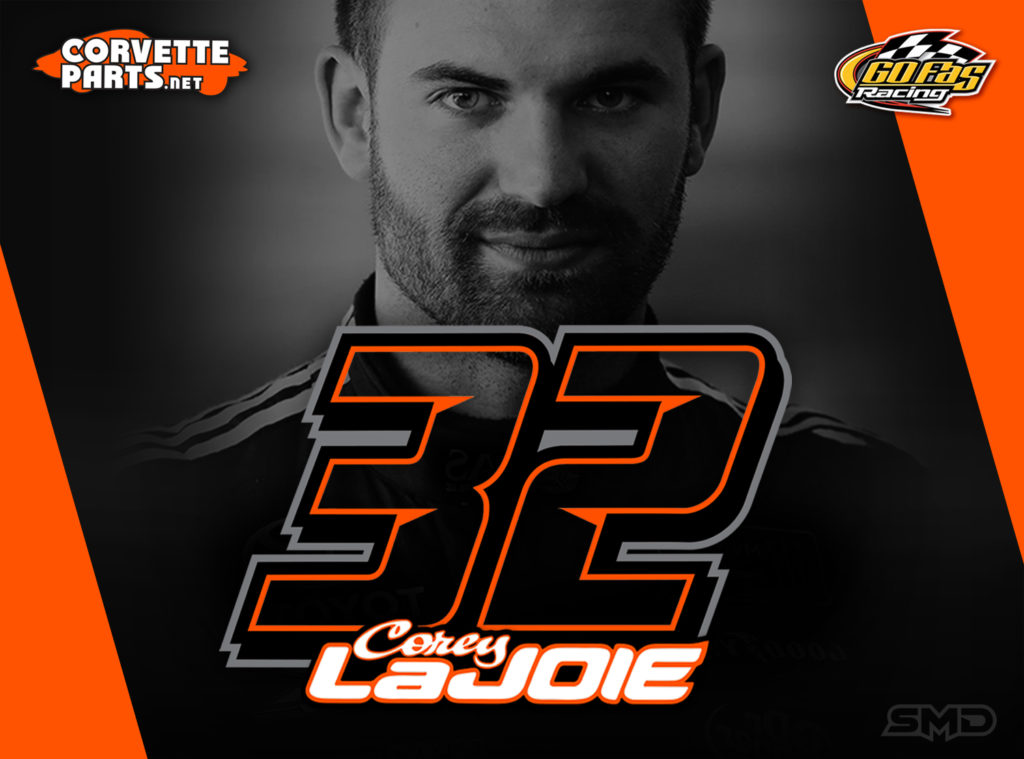